A Great Result in Federal Court for One of Our Clients 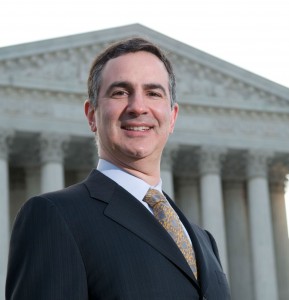 We’re continuing to represent clients in their Social Security disability claims and had a very good result in a case which we took to federal court recently.

In our case, the Appeals Council declined to review the ALJ’s decision, finding no errors of fact or law had been made by the ALJ.  This left our client with a choice – appeal to federal court or start a new application for benefits.  By not appealing, a claimant may give up his or her right to past due benefits.  This is because decisions generally become final after a short period of time, usually 60 days.

A federal court case is commenced by the plaintiff’s filing a complaint against the Commissioner of Social Security in U.S. District Court alleging that the ALJ’s decision was not supported by substantial evidence and asking that the court grant summary judgment to the plaintiff.  After the complaint is filed, the Social Security Administration is given time to file the record of proceedings before the administrative agency.  This record contains all of the documents that the Social Security Administration considered in denying the claim including medical records, Social Security forms and other documents. The record includes a written transcript of the hearing before the ALJ, including all witness testimony, including any vocational and medical expert testimony.

We filed our brief in support of the plaintiff’s motion for summary judgment.  After considering the facts, case law and other applicable law, the Social Security Administration agreed that errors were made by the ALJ. The government agreed that the case should be remanded (sent back) to the administrative law judge to correct the errors that were committed at the first hearing.  This is considered a favorable result in these appeals.

Of course, this was great news for the plaintiff, our client, and a satisfying win for our legal team. It gives the claimant another chance to prove his case before an ALJ of the Office of Hearings Operations of the Social Security Administration. We look forward to the opportunity to represent him at a new hearing and to prove that he is disabled under the law.