The 7 Levels of Review for a Social Security Disability Claim 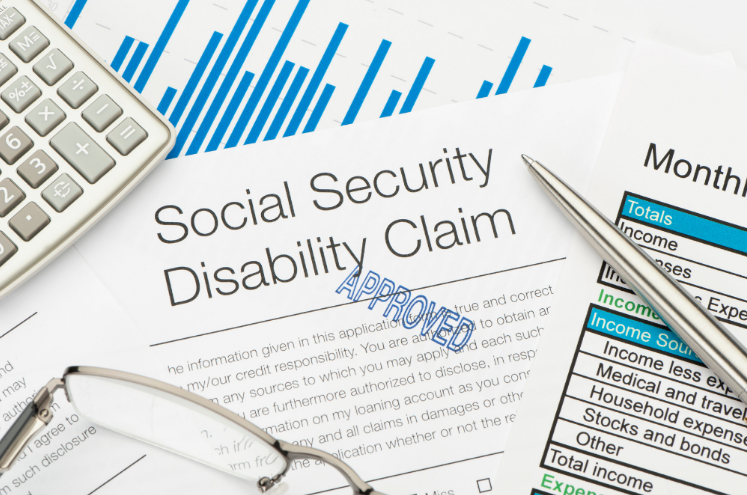 According to the Annual Statistical Report of the Social Security Administration (SSA), 3-7% of Americans live on Social Security disability benefits, depending on the state. In other words, this government program provides an invaluable safety net to a multitude of people — many of whom would otherwise be unable to support themselves due to their physical and/or mental impairments.

But because a Social Security disability claim is often made in the midst of suffering under financial hardship, the lengthy filing process can be quite stressful. The best way to take the load off of your shoulders is to work with an experienced professional who understands the ins and outs of the process and can make sure everything is done properly.

Even so, it’s best to prepare yourself as much as possible. Part of that is simply knowing what’s coming. Your case may flow through several administrative and judicial review levels before you receive the answer you want.

How does the process work? There are seven levels of review.

An adjudicator from the state agency will carry out this process. They’ll gather medical evidence of disability from your healthcare providers.

You’ll fill out questionnaires as well. These forms will help the state agency gain clarity on your daily activity limitations, past employment, and the severity and details of painful conditions. If you have epilepsy, they will want to know your seizure medical history as well as have witnesses to your seizures fill out seizure description forms.

Sometimes, DDS will ask you to undergo a consultative examination. This may be necessary if your medical records and self-reporting don’t provide enough information to determine whether or not you qualify. Look out for this appointment if it’s requested — missing it could cause your claim to be denied. If you can’t make the assigned time, have your lawyer reach out to your Disability Examiner to request a new time and/or date

Although your representative will strive to get your claim approved, be aware that the majority of initial claims are denied. If you are denied, you will be given 60 days (plus five days mailing time) to appeal the denial.

The Reconsideration or “Recon” level may feel very similar to the Initial level. Your case remains within the jurisdiction of Disability Determination Services. Your lawyer might fill out more forms and submit further medical evidence, and you might participate in another consultative exam.

What’s the difference? You’ll be assigned a different adjudicator.

The Reconsideration Level is a second opportunity to prove you are disabled.   However, all too often, Recon appeals are also denied. It’s time to persist.

Once you request a hearing, your Social Security disability claim moves out of the DDS realm. Instead, the Office of Hearing Operations (OHO) will assign your claim to an Administrative Law Judge (ALJ) for an eventual hearing.

Often, the ALJ resides in another city. Due to the COVID 19 pandemic, OHO is currently scheduling hearings by phone or video.  And it’s unlikely you’ll receive a decision at the end of that call.

The ALJ’s decision will be issued approximately 1-2 months after the hearing.

After the hearing, you will receive one of the following types of ALJ decisions:

How many claims receive acceptance at this stage? According to the Social Security Administration, 50% pass.

Like before, you have 60 days from the decision date to appeal if the ALJ rules against you. You can do so if the appeal is anything less than fully favorable.

While the Appeals Council (AC) may rule affirmatively, they can wield a double-edged sword. Of their own volition, they may also overturn fully favorable decisions, although not many are.

The AC review is a paper review. Arguments are submitted to the AC, there is no hearing. A “favorable decision” before the AC means that you will get another hearing to correct any errors made by the ALJ, rather than a fully favorable decision.

To move into this stage of the process, your lawyer will need to file a civil suit within 60 days of the AC’s decision. He or she must do this in either the District Court of the United States of your judicial district or, if that’s not possible, in the District Court of Washington, D.C. You will usually need to sign a separate written agreement with your attorney to file a federal court appeal.

Only a rare few cases of any type of law make it to the U.S. Supreme Court, but it is possible. That being said, unless the case deals with an important legal issue where there is a conflict among the various federal court circuits, it is extremely unlikely that your case will be heard by the U.S. Supreme Court.

By now you’ve probably gotten the main lesson that all applicants should learn: persistence is key!

Again, if you believe you need Social Security disability, seek professional counsel. You’ll benefit not only from all the support they can provide you along the way, but also their knowledge of the intricacies of the process and how to make it go more smoothly for you.